Women as leaders in the early church

This is a concise summary of women in Biblical writings and archeological records.  It also includes a summary of the growing restriction of women’s role by the church in the fourth and fifth centuries.

Topics covered in this essay:

Posted by Katie and Martin on March 19, 2011 in history, theology

Tradition Today: Male and female, he created them

Strange that when George W. Bush was turning the clock back for the US, John Howard was also building conservatism in Australia.  In addition, the UK’s New Labour all too quickly answered the call from the US to support them in invading Iraq. Religious fundamentalism does not walk altogether out of step with conservative politics.

While the political pendulum was clearly to the right in the ‘noughties’, post Sept 11th 2001, it is interesting to see the growth of religious fundamentalism in Islam and Christianity.  More surprisingly, however, Judaism, also shows the same swing towards conservatism, where there is a new drive for complete separation of men and women in transportation, shopping centers and even the public streets.

At the same time, amongst progressive Jews, there is a much greater participation in Judaism amongst women, possibly as a result of greater access to education.  Not unlike Christianity.

It is ironic that most of us, even conservatives, when viewing a different religion, see this passion to separate women from men to be misguided at best. When it comes to our own religion, however, some of us devoutly look back to various scriptures to justify our own conservatism and misogyny.

We seem easily able to accept the benefits of technological change, with fancy cars, wide-screen TVs and internet, but when it comes to relationships in times of trauma and change we often cling to the old sense of ‘us’ and ‘them’, the worthy and the unworthy.  In this modern world, however, where women are acknowledged as equally gifted, it is strangely disconnected to insist that women do not have God’s blessing for ordained ministry.  In a society where women are increasingly leaders in our secular world, it is rather limp to consent to such leadership but not to accept their pastoral leadership in the Church.

Posted by Katie and Martin on March 18, 2011 in sociology

Ordination of Women and how it impacts young adults that don’t attend church « Just because you can, doesn’t mean you should…or does it? 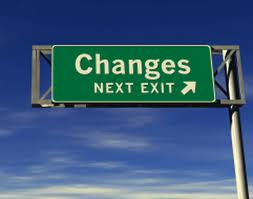 Interesting statistics on whether people would consider joining a church that endorsed or didn’t endorse women’s ordination.

« Just because you can, doesn’t mean you should…or does it?.

In his book Lost and Found: The Younger Unchurched and the Churches that Reach them, twentysomethings were asked, “If you were considering visiting or joining a church, would knowing that the church did not endorse the ordination of women as pastors negatively or positively impact your decision?” 65% said this would negatively impact their decision, 6% said this would be a positive and almost 30% said this stance against women’s ordination would not make a difference or that they were not sure.

Posted by Katie and Martin on March 16, 2011 in sociology

A Matter of the Heart

Perhaps this post could be entitled, “If it feels right, do it”. Now to explain.

‘Receptive ecumenical awakening is properly a matter of the heart before it is a matter of the head; a matter of falling in love with the experienced presence of God in the people, practices, even structures of another tradition and being impelled thereby to search for ways in which all impediments to closer relationship might be overcome.’

Prophecy, like revelation needs to be checked by the community.  If it’s something out of the ballpark then most of us will be cynical about an individual’s prophecy or personal revelation.  We are likely to respond by indicating that we have a different interpretation of Scripture.

But what if it’s in our hearts and not yet in our Church doctrine?  In the LCA, last century, ecumenism grew strong in the bush, partly through necessity, partly through working with and living with good mates in other denominations.  It was the right thing to do, despite directives from Adelaide.

Today, women are preaching in LCA congregations, partly through necessity, partly because it is the right thing to do, despite directives from Adelaide.  We have fallen in love with God through these women who provide spiritual nourishment and leadership. They have our respect in life-long relationships.  They are not outside the ballpark, they are in the middle of our spiritual lives.

As in ecumenism, our female leaders have our support because it’s the right thing to do.  We can do no other.  We stand with them in Christ.

In this time of Lent, we pray for more women and men to remind us of the cross at the centre of our faith.

Posted by Katie and Martin on March 12, 2011 in sociology

Bishop Hanson of the ELCA showed a profound depth of pastoral care after the Ministries Policy vote in 2010. In the video below he shows a deep concern for his people, and careful thought about nurturing his Church.

That passage (Colossians 3:12–17) gives invitation and expectation that those deeply disappointed today will have the expectation and the freedom to continue to admonish and to teach in this church. And so, too, those who have experienced reconciliation today are called to humility. You are called to clothe yourselves with love. But we are all called to let the peace of Christ rule in our hearts, remembering again and again that we are called in the one body. I will invite you tomorrow afternoon into important, thoughtful, prayerful conversations about what all of this means for our life together. But what is absolutely important for me is that we have the conversation together.

Here is the transcript (.pdf) of Bishop Hanson’s address.