RSS
← When should congregations refuse to play the conservative game? Reflections on Gen.Synod 2006
Bullying within the Church →

“Customs and regulations of the church change” – Melanchthon 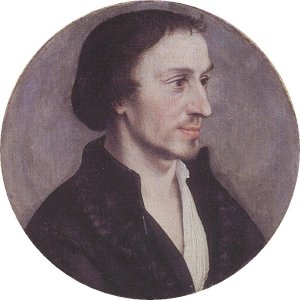 This post started as a response to Barney, a regular commenter on this blog.  He takes a conservative line and has no time for those who suggest that the LCA would benefit by ordaining women.  We thought our response was worthy of a full post.

Barney, with a PhD in Biblical studies you will understand that truth is slippery. We have to consider the context, the era, the issues of the day, the audience, the world view, amongst other factors.  That’s the stuff that hermeneutics is based on. We will argue about much until we agree on a guiding concept.  We are sinners.  Luther, Melanchton, Semmler, the LCA, you and me all sin.  We can’t place eternal faith in individuals or earthly institutions. We need a guiding concept that becomes the lens through which we interpret Scripture and new issues in this ever-changing world.   If your guiding concept is, “Because the Confessions say so,” you will not be paying attention to the hurts and despair of people today and you will have lost contact with the work of Jesus in the world today.

As educated citizens (and Lutherans) we need to critically evaluate all that we read, along with everything in our society’s institutions.  Much has changed within the last ten years.  Tsunamis of change have happened in the last 500 years. Who would have thought a decade back that children would be taught the skills of critical literacy in primary schools today.  It is however, essential for us to have the critical skills to determine whether we support something or not.  It is not enough that a revered text says something, or to refer back to it as a list of decrees and rules for life today. In doing so you will be offensive to those around you.

However, we will quote from Shirley Wurst who quotes  Melanchthon in the Apology.  He acknowledged that customs and regulations of the church change.

“Many [canons] become obsolete from day-to-day even among those who favour traditions…Perhaps there were acceptable reasons for these ordinances when they were introduced, but they are not adapted to later times (Apology xxviii:67,73).”

Although Melanchthon is not focusing on women’s ministry in this section of the confessions, he is talking about rules and practices, instituted by the church leaders, that are contrary to the gospel.

In earlier periods of church history, it may have been necessary ‘for good order’ to restrict women’s participation in the public ministry of word and sacraments.  In contemporary Australia where gender equity is demanded by the law of the land, where diverse segments of our community are recognising and affirming the equality of women in every sphere of life, and valuing the gifts, skills and abilities of women, it causes offence to many people, both inside and outside the church, to restrict women’s service in the church.

Discrimination on the basis of sex does not enhance the gospel or commend it as good news for our community today.  Therefore it does not honour the head of the church, Jesus Christ.  It is rather a stumbling block, a scandal made by human hands, not God’s.  18/3/94

Shirley Wurst, Do the Confessions prohibit the ordination of women?

Posted by Katie and Martin on January 22, 2012 in Hermeneutics, history

← When should congregations refuse to play the conservative game? Reflections on Gen.Synod 2006
Bullying within the Church →

10 responses to ““Customs and regulations of the church change” – Melanchthon”