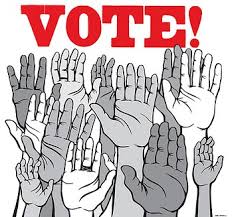 The more Church leadership attempts to fix the situation of women’s ordination in the LCA the further the Church gets into trouble.

Popular sovereignty or the sovereignty of the people is the principle that the legitimacy of the state is created and sustained by the will or consent of its people, who are the source of all political power.  Despite different systems of governance, most people would accept that ‘the will of the people’ is paramount, encapsulated by Abraham Lincoln in that significant Gettysburg Address, hoping “that government of the people, by the people, for the people, shall not perish from the earth.”

What is ‘the will or consent’ of the people of the LCA?  On the matter of women’s ordination we will never know.  In fact, we will never the will of the people on any matter, as we don’t have a structure, or the will, for conducting a nation-wide poll of membership.   As the LCA uses a synodical structure, the laity express their voice through congregational motions to General Convention and through elected delegates to General Convention.  While we might revisit the structure of governance within the LCA, such a constitutional change is a matter for another decade.

We have known since 2001 that Synod delegates are in favour of women’s ordination.  As very few young people become delegates or have the freedom to afford time off work and pay for travel and accommodation for the length of the Synod, it is a fair assumption that a larger proportion of membership are in favour of women’s ordination.  That vote was also affected by the President, when he gave serious warning to delegates to vote against the motion if they were at all concerned about schism.  In addition, the President decided that absentee votes would count against the motion, with no reference to the source of authority for this decision.  Even without the influence of the current President, it is presumed that the necessary 66% support would still not have been achieved (with an actual vote of 51%), however, if it was for example 58%, it would have been more obvious that this issue had to be treated with more tolerance and sobriety.

So, we have a situation where a majority of membership and the CTICR is in favour of women’s ordination (statements from 2000 and 2006), while we have a leadership, comprised of generally older and elderly men, who not only are against women’s ordination but obstruct it through a clamp-down on media and the regular creation of extra hurdles for the establishment of women’s ordination.  How long might be this situation be tolerated? How long until congregations begin to take their own initiatives?

Let’s revisit our opening definition of sovereignty: Popular sovereignty or the sovereignty of the people is the principle that the legitimacy of the state is created and sustained by the will or consent of its people, who are the source of all political power.

In the LCA we have a situation where the will of the people and committees is minimised or discounted.  While leadership is entrusted by the Church to lead, if trust is broken by losing the consent of its people, the Church can choose to withdraw its trust.    While women’s ordination may need a two-thirds majority vote, the removal of Pr Semmler as President only requires a 50% vote.   This will free up Church media, allow the national conversation to continue, give back respect to CTICR and CSBQ, and also give back respect to women who experience the call to ordained ministry.

Ours is not the only church leadership which has lost contact with the reality of life in the parish. The Catholic Church is struggling to acknowledge the scale of their crisis. Note the ‘”certain tendency” on the part of priests, religious and laity “to hold theological opinions at variance with the teaching of the Magisterium”‘.  Does this sound familiar with not being allowed to discuss matters that are not in line with “current LCA policy”?

The Vatican Visitation to the Irish church, the summary of whose findings was published last March, revealed that the church authorities were still in denial over the scale of the crisis facing the Irish church and of their responsibility for that crisis.

Instead of the contrition that was so desperately needed, the Visitation obsessed over “a certain tendency” on the part of priests, religious and laity “to hold theological opinions at variance with the teaching of the Magisterium”.

Until this preoccupation with centralised command and control by the Vatican gives way to genuine contrition for the wrongs done to innocent children by Catholic priests and religious, the proportion of Irish people turning their backs on the church will continue to increase. Walking away from the church – Editorial, Opinion – Independent.ie.

Posted by Katie and Martin on December 9, 2012 in politics, sociology, theology, women's ordination