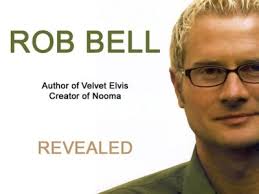 The arguments in support of GLBT people are the same ones in support of recognising women in the Church. Note the sentence, “I think we are witnessing the death of a particular subculture that doesn’t work.”

Bell (a popular American preacher, and as reported in Huffington Post) went on to say that while it used to be fair to equate evangelicals with social conservatism, that assumption no longer holds true. More pointedly, he said, “I think we are witnessing the death of a particular subculture that doesn’t work. I think there is a very narrow, politically intertwined, culturally ghettoized, Evangelical subculture that was told “we’re gonna change the thing” and they haven’t. And they actually have turned away lots of people. And i think that when you’re in a part of a subculture that is dying, you make a lot more noise because it’s very painful. You sort of die or you adapt. And if you adapt, it means you have to come face to face with some of the ways we’ve talked about God, which don’t actually shape people into more loving, compassionate people. And we have supported policies and ways of viewing the world that are actually destructive. And we’ve done it in the name of God and we need to repent.”

via Greg Carey: Rob Bell Comes Out for Marriage Equality.

Social conservatism is always looking backward.  It is forever clinging to what may have served us well in the past.  Sometimes that anchor will serve us well, however, sometimes that anchor keeps us remote from new understandings, progress, compassion and from society itself.  Conservatism, in its insistence on looking backwards, is often heartless.  In the LCA a rigid, heartless insistence on the exclusion of women from ministry has given our Church a rigid, legalistic exterior, despite the majority support for women’s ordination. Sadly the President’s repression of discussion on the issue has been destructive on several fronts, including on those who continue to leave the Church.

It is time to repent, to turn around.  It is time to listen to the still, quiet voice and embrace those we have shunned, those who have no voice – for that is the way of Jesus.

Posted by Katie and Martin on March 22, 2013 in sociology, women's ordination